For everyone who is donating money..

Our news has been flooded with terrible pictures and images of the devastating bushfires in Australia!
Seven years ago, I spend a year in Australia to broaden my horizons. It turned out to be the best thing I ever did! I got there as an aupair to care for a 3-month old baby in a lovely French-Australian Family in a little town called Otford. It is located in New South Wales.
I was welcomed not only into my Aupair family but into so many local homes and families in the neighborhood! I met so many extraordinary people!
After my time as an aupair and my travels, I decided to not go home just yet because I had fallen in love with Otford and Australia. I was extremely lucky to meet friends who took me in and treated me as one of their own. I felt like a part of the family all the time.

Up until this moment, even though we are far apart, I consider them family. I can not describe in words how kind hearted, genuine and welcoming most Aussies I met are!

I still think of Australia as my second home. Not because of it’s extremely beautiful nature or nice wheater…
or because they eat Vegemite (still don’t get that ;)) but because of the people and their hospitality!

And yes there are a million good causes to serve and to donate to, in many countries all over the world that are a lot poorer than Australia. And it may or not may be a political issue as well but for me this is personal!`

Being afraid that something would happen to friends and family close to my heart..
Knowing that they are volunteering in the local fire brigades being afraid to lose their homes.. it is just eating away at me…

Now it is time to return the favor and give back only a little of what they all gave me…
To help control the dreadful fire’s destroying so many people’s homes and land. To help all their beautiful wildlife who are suffering from this climate change crisis and the stupidity of people who deliberately set fires in the area.

I am asking my friends and family that are already donating to do it here on these local parties:

When I was there, the Belgian news contacted me for a Skype session to talk about the bushfires that were going on at the moment. We had to evacuate to the city once and everything was really well taken care of. I didn’t see any fire and yet our local news presented my image with a background of burning flames, worrying everyone here about the conditions in Australia.

As heartwarming as it was. I found it strange I got so many reactions even from people I had never even heard of, asking if I was okay and if there was anything they could do to help. I felt it was exaggerated by the news searching for sensation. Well now I hope I get as many reactions as back than because sh*t just got a thousand times worse!

Imagine Your town surrounded by fire. Imagine breathing in smoke, in stead of fresh air every day for weeks, losing thousands of animals and wildlife…
It is heartbreaking!

Please help the people and wildlife of Australia fight this horrible climate crisis, because even though it is far away.. we are ALL responsible! 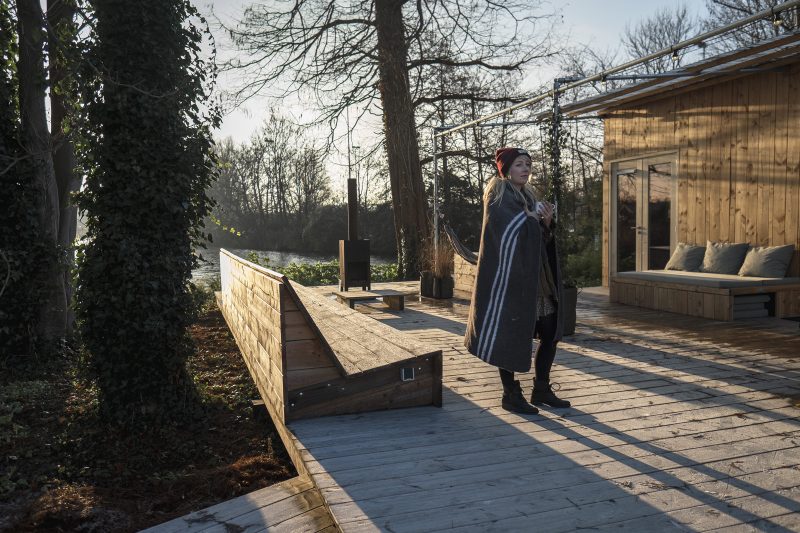 The Perfect Cabin retreat in Rotterdam